We designed this house in the mid-90s as a fairly modest home for a bachelor.  When he married and began having children, he asked us to expand the volume.  As a result, the original structure has been added to on four occasions.  Each time, we took great care to integrate the new into the existing as seamlessly as possible.

As a response to our client’s desire for the house to be fairly casual and understated in appearance, we chose to depart from a structured, rigid symmetry in favor of a more fluid form with local symmetries.  The main stair is located on axis with the front door, and is expressed as a glass-enclosed tower on the rear elevation.  Upon arriving at the landing between the first and second floors, one is treated to a panoramic view of the rear yard … a pastoral English landscape.

Inspiration for the design was taken from the turn-of-the-century English houses of Sir Edwin Lutyens and C.F.A. Voysey.  Antique limestone flooring, reclaimed oak plank flooring and salvaged wooden beams were incorporated into the interior palette of materials to create a feeling of age. 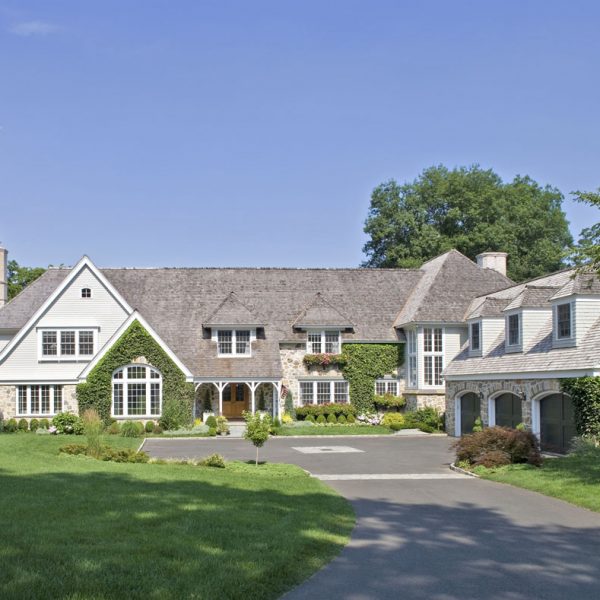 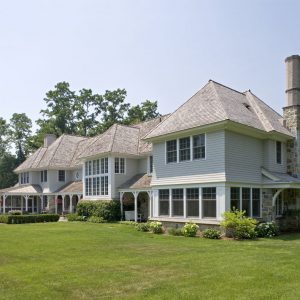 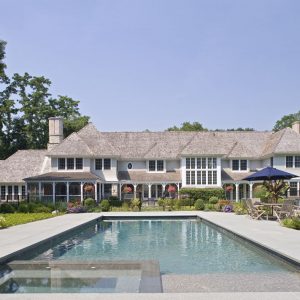 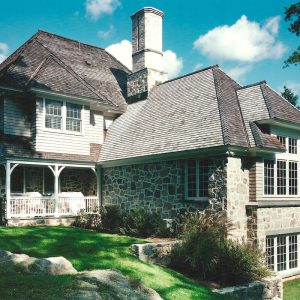 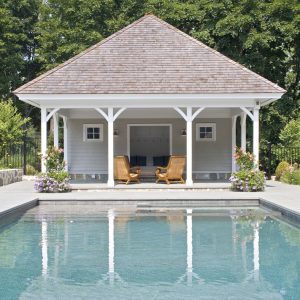 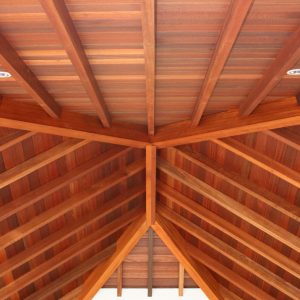 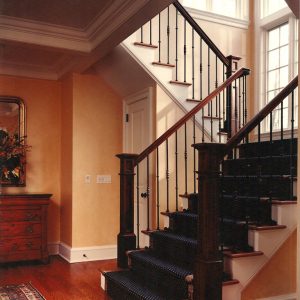