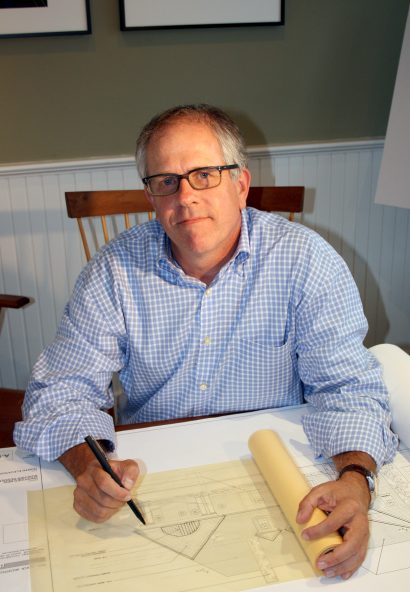 Neil is a native of Wantagh, New York, a village on the south shore of Long Island. He attended Princeton University and graduated with a Bachelor of Science in Civil Engineering in 1976. Following that, he studied at the University of Virginia School of Architecture and received a Master of Architecture degree in 1979.

Neil began his professional career in Charlottesville, VA, working for Donald Swofford, Architect, on Historic Preservation projects. Following that, he spent four years as a designer with Kevin Roche John Dinkerloo and Associates, working on a number of prominent commissions including the United Nations Plaza Hotel, the General Foods Corporate Headquarters, and the 20th Century Galleries at the Metropolitan Museum of Art. He left KRJD to take a position with David Bruce Falconer and Associates, in Darien, CT, and became a partner not long after. In the autumn of 1988, he established the solo practice that bears his name.