This project is unlike any other I have been involved with, because it is not a built project for a real client.  Instead, it is a collaborative attempt to reconstruct a building that was built in the 1590s and demolished in the mid-eighteenth century.

The Hawkfield Lodge was one of three structures designed by Sir Thomas Tresham (1543-1605) and constructed on his Rushton Estate, in Northamptonshire, England.  When studied as a group, these three structures form a triptych that embodies rich religious symbolism.  Two of the structures (the Triangular Lodge and the Lyveden New Bield) remain standing to this day.

Tresham was born into a life of privilege.  However, his refusal to sever his ties to Catholicism brought him much trouble.  The late 16th century was a dangerous time for English Catholics, and therefore much of their worship was done underground, or in otherwise secret ways.  Tresham was often fined for his religious practices, and was ultimately imprisoned for a period of time.  Following his release from prison, he began to embed his faith in symbolic ways through his architecture.

The Hawkfield Lodge was built to serve as a hunting lodge, specifically to be used for “hawking”.  It contains a cellar, an enclosed gathering space with vaulted ceiling on the ground floor, a rooftop spectator’s walk where guests can observe the sport of hawking, and a mews for keeping the hawks.

This reconstruction is based entirely on countless hours of research done by Kristen Fairey, PhD, at the British Library, as part of her doctoral dissertation in Renaissance history.   She painstakingly studied the building logs of George Levens, the project superintendent for each of Tresham’s buildings, who recorded with great precision the work that was done each day.  By comparing his descriptions of the work performed on the Hawfield Lodge to his entries for the two extant lodges, she identified sufficient details related to the size, form, structural system, materials and construction methods used to allow for the reconstruction.

> ALL OTHER DESIGN WORK 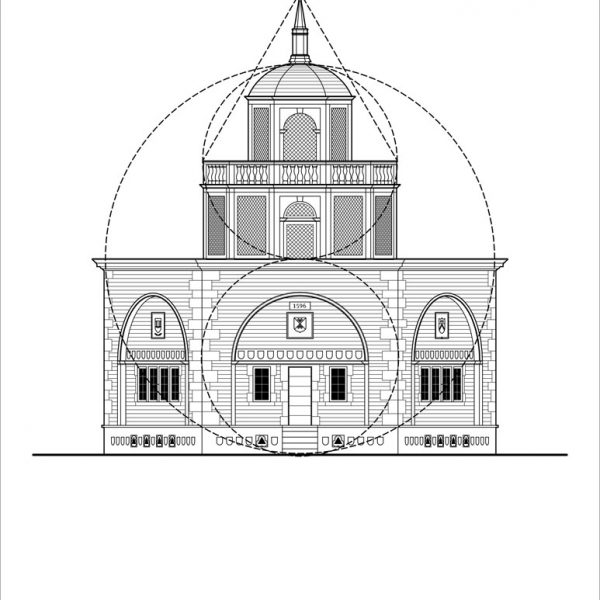 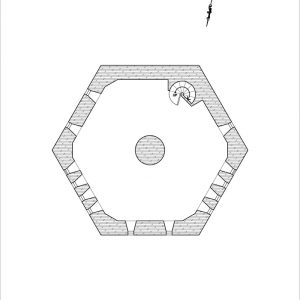 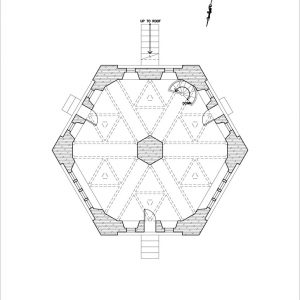 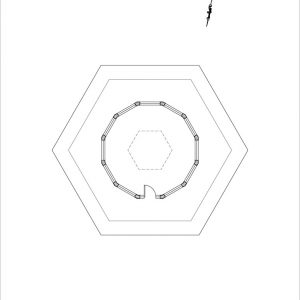 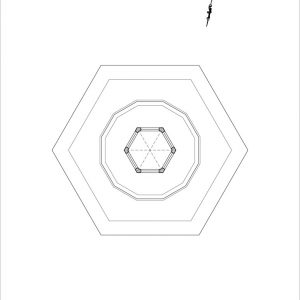 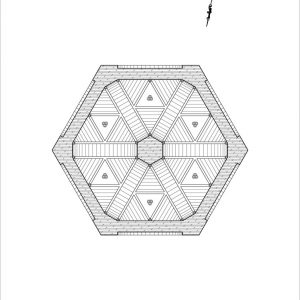 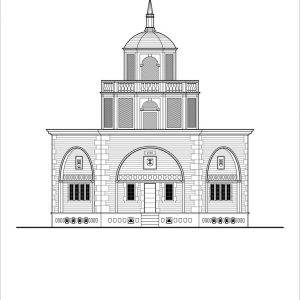 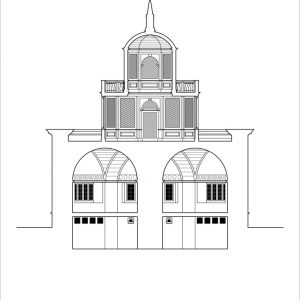